Work from home for IT companies will be extended till July 31, says Ravi Shankar Prasad amid coronavirus COVID-19 scare

Earlier, the work from home was scheduled to end on April 30. Prasad held a discussion, via video conferencing, with the state IT Ministers and officials. 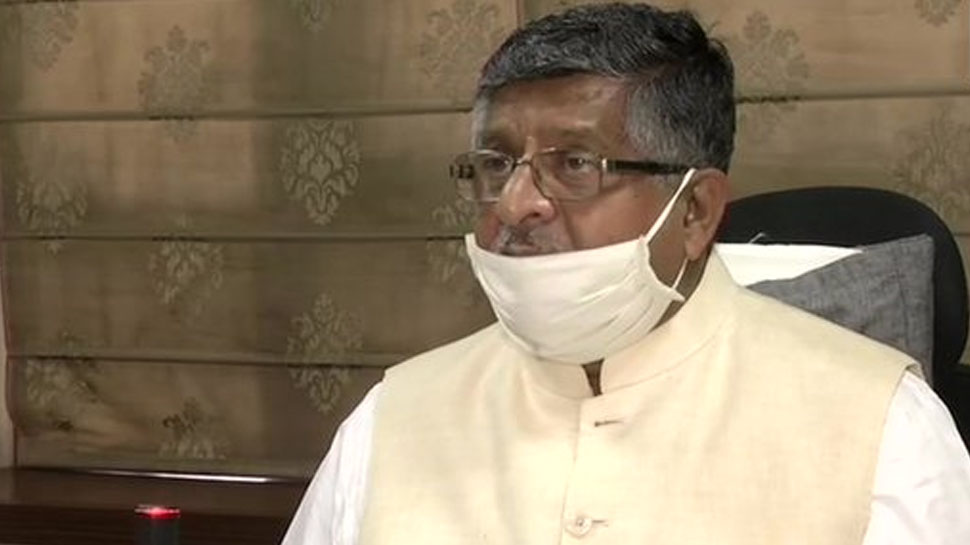 Amid the coronavirus COVID-19 scare, Union Law Minister Ravi Shankar Prasad on Tuesday stated that work from home for the IT companies will be extended till July 31, adding that 85 per cent work of the IT is being done from home. Earlier, the work from home was scheduled to end on April 30. Prasad held a discussion, via video conferencing, with the state IT Ministers and officials.
The minister also said that a lot of relaxations were given for work from home and IT Secretary, Communication Secretary, and Postal Secretary gave presentations of their departments citing requirements and expectations by the Centre from the state departments. Norms for work from home have been relaxed. “We will aspire that work from home should become a new norm,” said Prasad while asking the participants to encourage young entrepreneurs investing in new startups.
Speaking to media persons via video conference, Prasad said that Bihar Deputy Chief Minister Sushil Modi has requested to develop an app where the best strategies of all states to contain the pandemic will be shared. “We have accepted this suggestion. I have asked the National E-Governance Division (NEGD) & National Informatics Centre (NIC) to prepare an app. Both NEGD and NIC have agreed to develop an app in three days,” said Prasad.
The Minister praised the department for making the Arogya Setu app a success, adding that the app has to be taken forward. A proposal was made in the meeting to tag the e-pass with the app and was agreed upon, stated the Law minister. All Aarogya Setu apps will be linked at district levels. “Arogya Setu app has become very popular as well,” the minister added. He lauded the Postal Department for undertaking social service and digital services like digital payments and wished that states would use the vast network of our postal department in the country.
Prasad asked state governments to treat the pandemic as an opportunity and prepare for the forthcoming boom in the electronics manufacturing sector. He also said that major opportunity in the electronic manufacturing sector is likely to open up for India soon.
The minister praised various departments for their services during the lockdown. “I want to make an appeal to Chief Ministers, Deputy Chief Ministers and Ministers that age for electronic manufacturing is set to come in India. I am sure the opportunity of India is going to come. The ministry has given incentives and I would like to state that cooperation by states will play a crucial role in it,” stated the minister.
Source : https://zeenews.india.com/

Full Lockdown announced by the State Government of Tamilnadu from 24.05.2021 to…