PRESS STATEMENT ON FREEZING OF DEARNESS ALLOWANCE AND DEARNESS RELIEF 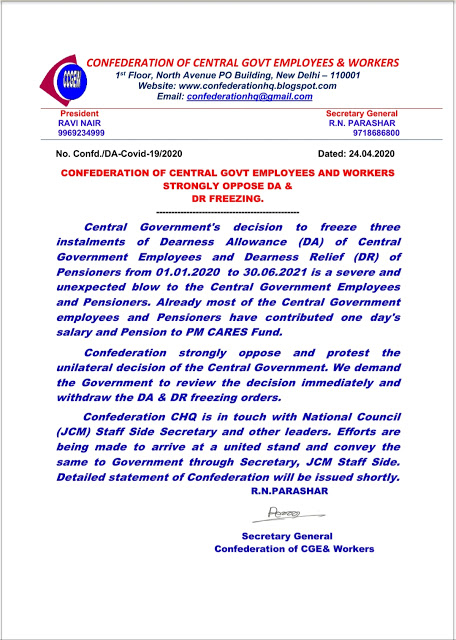 Uploading Videos/Audios/texts on social media platforms against the interests of Department of Posts by Union representative/members during COVID19 – Reg.