Posted On: 19 APR 2020 6:16PM by PIB Delhi
India Post delivered medicines to an 8 year old girl from Una in Himachal Pradesh who was suffering from Cancer. Many of her regular medicines are difficult to purchase in Una and she gets these medicines from Delhi by courier. Shalini’s family contacted one of their friends in Delhi and requested him for help in getting the medicines from Delhi to Una.  Given the constraints of logistics due to lockdown, their family friend requested the Union Minister for Communications, Law & Justice and Electronics and IT Ravi Shankar Prasad for help.
Recently due to sudden lockdown to prevent spread of COVID19, Shalini’s stock of medicine was running out and she had medicines that would be suffice only till 19th April 2020.
Minister Ravi Shankar Prasad, promptly directed India Post to provide all possible logistical assistance for ensuring that the medicines are delivered to Shalini in Una before 19th April. Delhi, Haryana, Punjab and Himachal Pradesh Circles of India Post made a very well-coordinated effort to ensure that the medicines reach on time. Due to constraints of lockdown, the Punjab Circle of India Post made special arrangement for a postal motor van, which left Una and directly reached Shalini’s house in the morning of 19th April.
A post man of India Post reached Shalini’s house before 12 noon on 19th April to deliver the medicines. Shalini’s mother received these medicines at her house and profusely thanked India Post for coming to the rescue of her daughter.
Upon learning that medicines have been delivered on time, Communications Minister tweeted expressing his delight that India Post is living upto the expectations of its people when the need it the most. He also wished the little girl Shalini the best of health and happiness.
It is noteworthy that Minister Ravi Shankar Prasad has given directions to Department of Posts to ensure timely delivery of medicines, COVID19 related goods and other essential services.
*****
RJ/NG 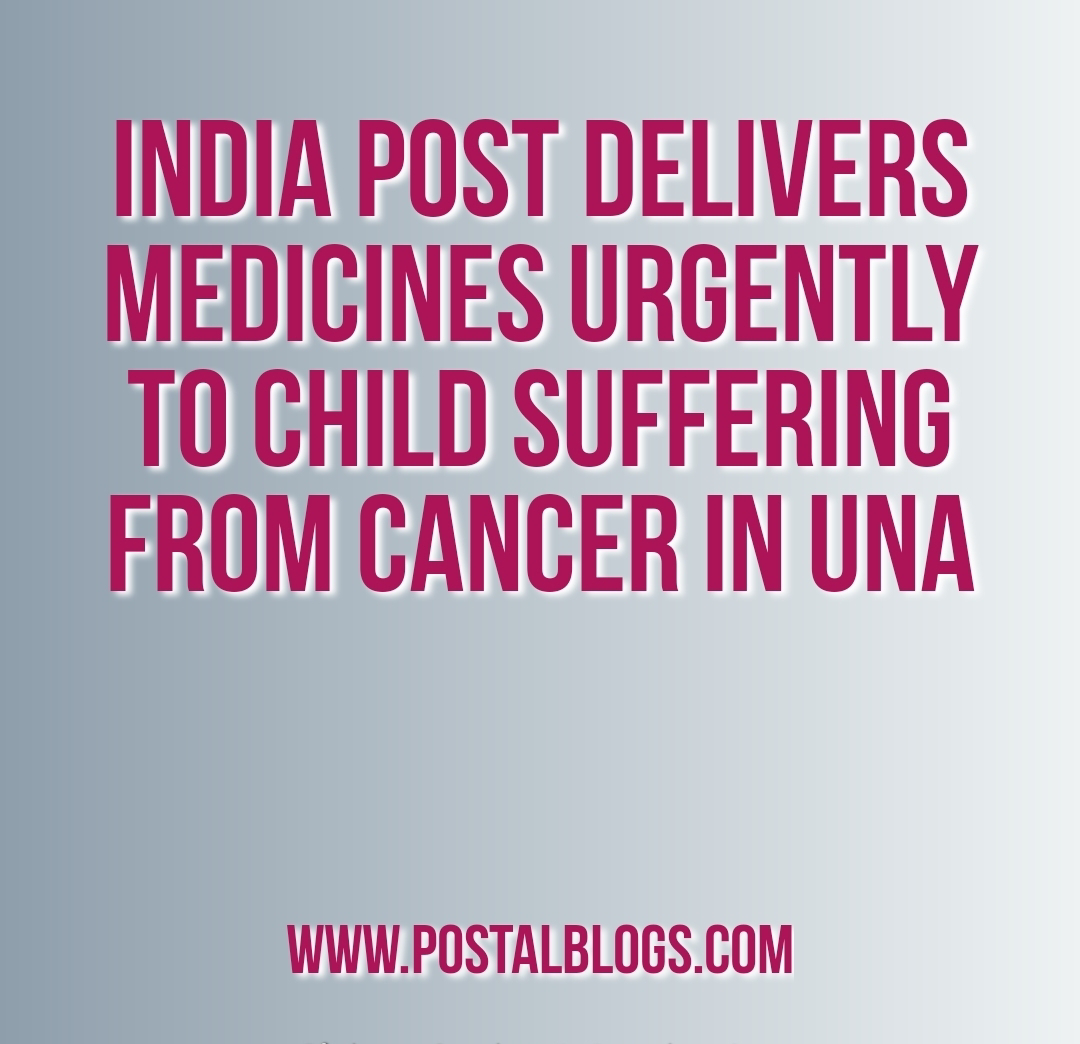 Customer Care Numbers (Toll free) and websites of the Department of Posts, Government…