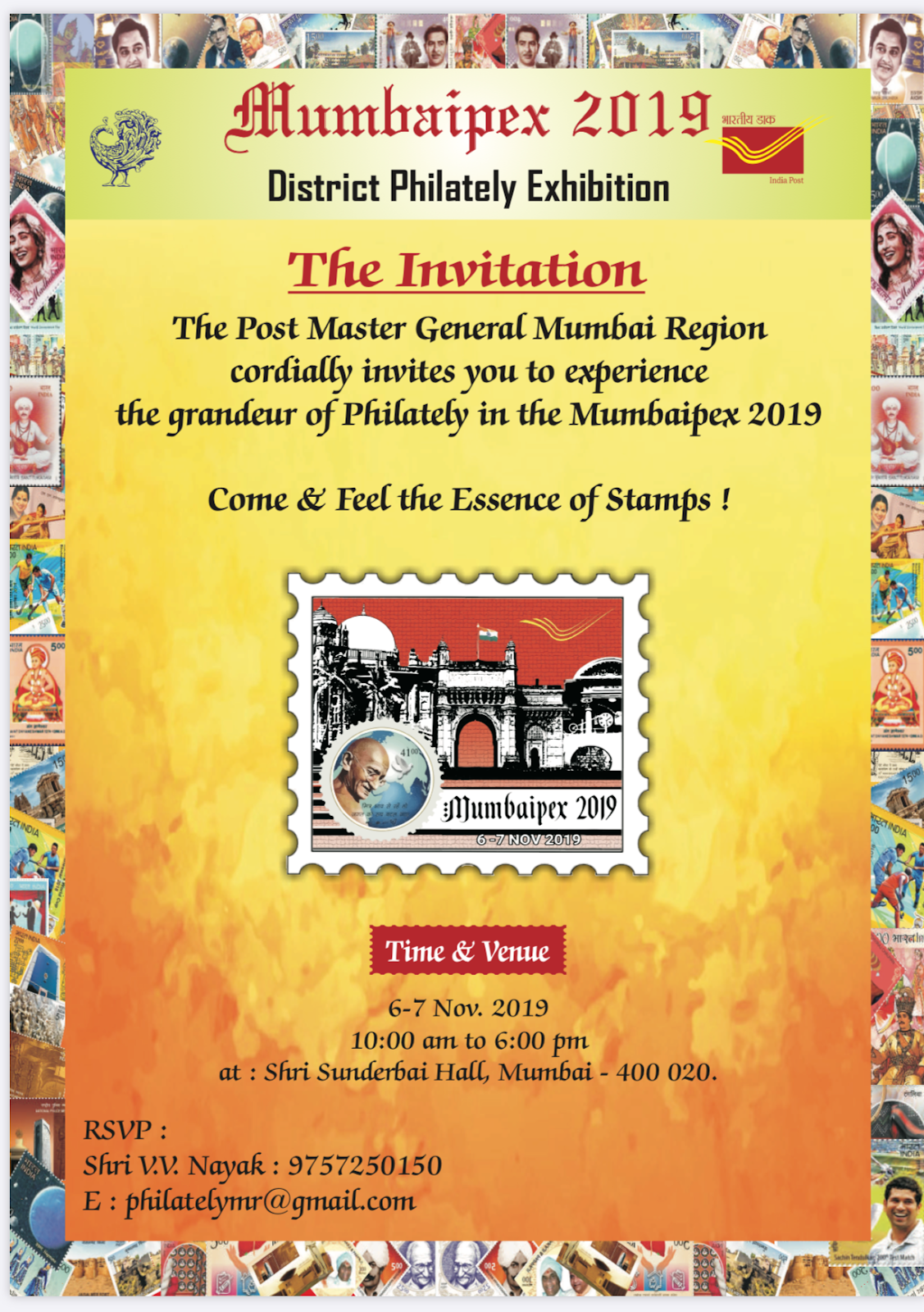 MUMBAIPEX aims to bring out the essence of philately, through workshops, origami, story telling, handicrafts and various other interesting events.  The theme this time, being “Gandhi in Mumbai”, we are celebrating the sesquicentennial birth anniversary year of the Mahatma through stamps. There will be a release of three exclusive special covers on the occasion, one of them themed on Mahatma Gandhi, the other two themed on the Cuisine of Maharashtra & the Father of Pincode system in India.On 6th of November, 2019 the event will be inaugurated at 11:00 am by the Honorable Governor of Maharashtra, Shri Bhagat Singh Koshyari , followed by the release of a special cover, a kind of cover being produced for the first time in India.

On the same day the event will be graced by the presence of eminent chef Shri Sanjeev Kapoor, who would release the special cover on cuisine of Maharashtra and speak about the significance of healthy diet.On 7th of November the event is likely to be graced by Shri Aasish Shelar , followed by workshops on philately and other cultural activities.Follow us on TwitterFacebook EventLike us on Facebook

Karnataka State level Philatelic Exhibition in Mangaluru from 12.10.2019 to…