Retirement age for all paramilitary force fixed at 60

All paramilitary personnel will now retire at a uniform age of 60 years irrespective of their ranks.

The government on Monday issued orders to this effect following a Delhi High Court order issued in January this year, which had said that the current policy was “discriminatory and unconstitutional” and that it created two classes in the uniformed forces.

This will come into force from the date of issue of the order, which is Monday.

“According to the order issued by the ministry of home affairs, the personnel of Central Reserve Police Force (CRPF), Border Security Force (BSF), Indo-Tibetan Border Police force (ITBP), Sashastra Seema Bal (SSB), Central Industrial Security Force (CISF) and Assam Rifles will superannuate at the age of 60, instead of 57 years for certain rank of officials.”

The order directed all the forces to “comply with the court order and amend provisions of rules.”

It said those who have got interim stay will be deemed to have not superannuated and will be governed by the new order.

Those who have retired but did not approach any court will be governed by the court order, which had asked the government to decide a uniform age for retirement, and will be entitled to exercise options either for joining after returning all pensionary benefits, if received, or will have an option to have benefit of fitment of pension on completion of age of 60 years. 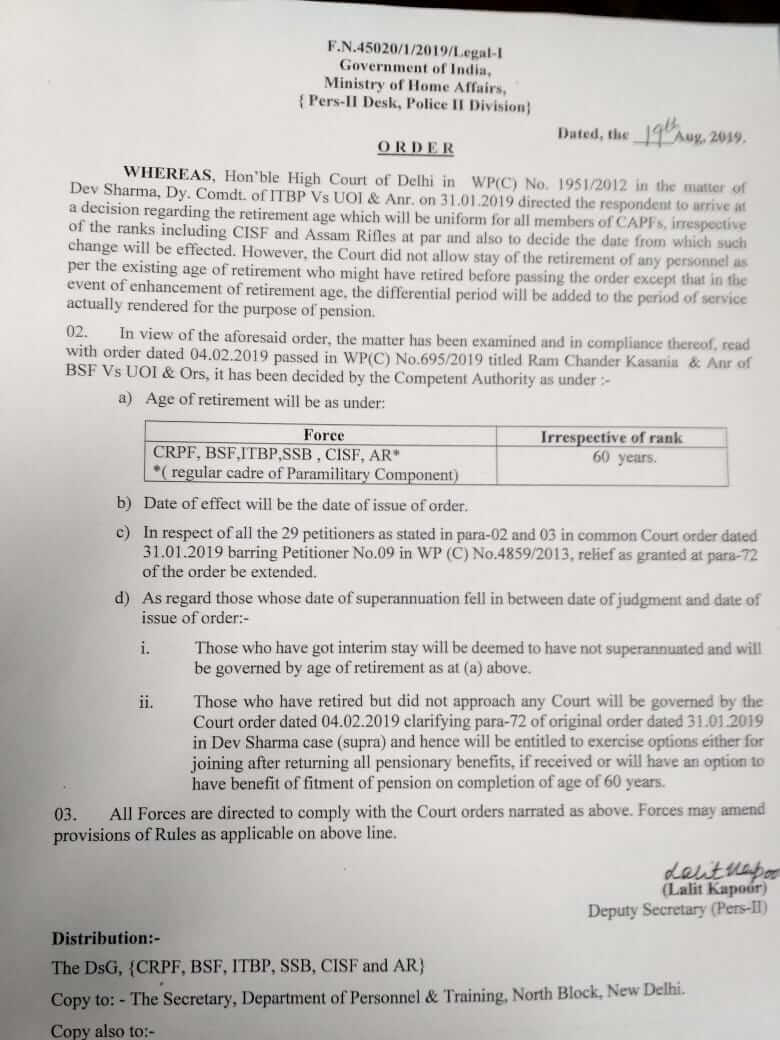 Recognition of Service Associations in the Department of Posts : Directorate reply to Secretary, NC ( JCM ).

Acceptance of Passport, Aadhar Card and PAN Card as a valid document for age proof of girl child for opening of Sukanya Samriddhi Account

Central Government employees retired during the period from January, 2020 to…