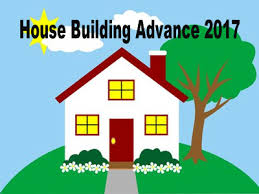 After implementation of 7th Pay Commission recommendations Govt came up revised House building Advance Rules 2017 in which ceiling for Housing loan for Central Government Employees was increased to Rs. 25 lakh and interest Rates rationalised to 8.5% P.A.This article discusses about HBA interest Rates charged by Govt from Central Government Employees from the year 1985.

Rate of InterestFrom 25 -11-1985, the Government have fixed uniform rates of interest in place of slab rates. The uniform rate of interest to be charged is based on the total amount of advance sanctioned and the rates are as below-

From 9-11-2017.- The Interest on House Building Advance for the Financial Year 2017-18 onwards shall be 8.50%. This shall be reviewed every three years to be notified in consultation with Ministry of Finance.All cases of subsequent tranches/instalments of HBA being taken by the employee in different financial years shall be governed by the applicable rate of interest in the year in which the HBA was sanctioned, in the event of change in the rate of interest.

7-A. With effect from 9-11-2017, the clause of adding a higher rate of interest at 2.5% (two point five per cent) above the prescribed rate during sanction of House Building Advance, stands withdrawn.

Special Allowance for child care for women with disability: FAQ and Answer by DoPT

House Building Advance Interest reduced from 8.5% to 7.9% for a Period of One Year