TIMES NEWS NETWORK
New Delhi: In a rare observation coming from the official auditor. the Comptroller and Auditor General has appreciated the functioning of the speed post department and commended communication ministry’s project arrow for improving the services and look and feel of post offices. Days taken for delivery of letters by speed post rang-ed from I to 11 as compared to I to 23 in case of private couriers, according to CAG’s test check. A CAG report, tabled in Parliament last week, has couriers
said the delivery perform-ance of speed posts has been better than the private couriers in major cities and even at the tehsil and village levels. Speed Post service was introduced in 1986 to provide fast and time-bound de-livery service in major ci-ties. However due to late delivery of mails, people had stopped relying on the department and many had switched over to private couriers. The survey was conducted in Gujarat. Maharashtra, Rajasthan, Tamil Nadu, Delhi, Andhra Pradesh, Uttar Pradesh and Madhya Pradesh. 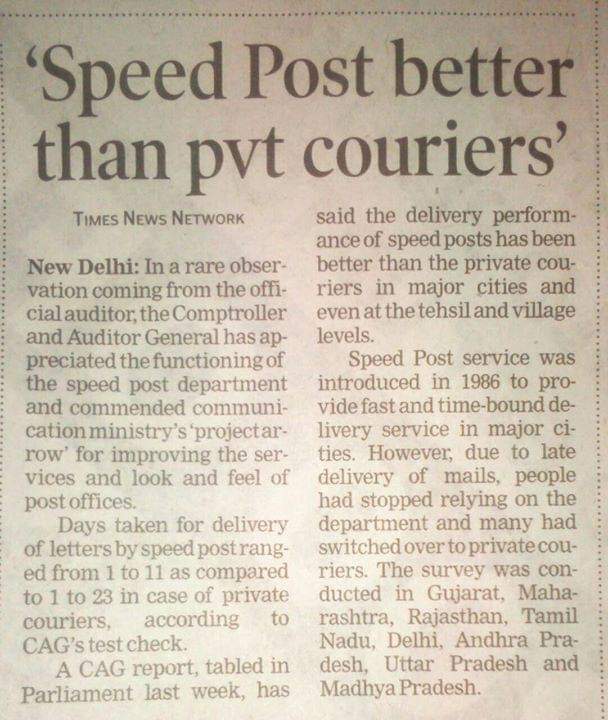 How to Prepare Consignment before sending through Post Office