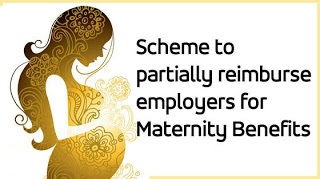 Government is working on an Incentive Scheme wherein seven weeks wages shall be reimbursed to employers who employ women workers and provide the maternity benefit of 26 weeks paid leave, as provided for in the Maternity Benefit (Amendment) Act, 2017.
To enable an entity to avail of the incentive, the women employees working in their entity should be a wage earner of less than Rs.15,000/- per month and a member of Employees’ Provident Fund Organization (EPFO) for at least one year and not covered by Employees’ State Insurance Corporation (ESIC).
A meeting of Stakeholders’ Consultation with representatives of concerned Central Ministries, State Governments, Employers’, Employees’ etc. was held on 14.11.2018 to discuss the matter. The Scheme was supported by and large with the majority of stakeholders.
The scheme is proposed to be administered after obtaining the approval of the competent authorities. The Incentive is proposed to be funded from the budgetary allocations. Government has not made any allocation for the scheme during the current financial year.
This information was given by Shri Santosh Kumar Gangwar, Minister of State (I/C) for Labour and Employment in written reply to a question in Rajya Sabha today.
Source : PIB
Read Also
maternity Leave

Maternity Benefits to the Women Employees

Maternity leave for female GDS in the Department of Posts

Payment to Contractual Labour through Cheque

List of Closed Holidays and Restricted Holidays for the year 2019 to be observed by Central Govt. Offices in Tamilnadu Circle

Maternity Benefits to the Women Employees

Maternity leave for female GDS in the Department of Posts