Payment to Contractual Labour through Cheque 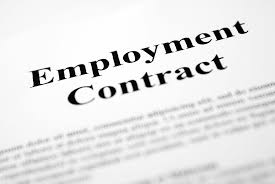 02-January-2019 15:15 IST
Payment to Contractual Labour through Cheque
The Payment of Wages Act, 1936 has been amended by Payment of Wages (Amendment) Act, 2017 (effective from 28.12.2016) to enable the employers to pay wages to their employees by (a) cash or (b) cheque or (c) crediting to their bank account. The amendment in the Act also enables the appropriate Government to specify the industrial or other establishment, by notification in the Official Gazette, which shall pay to every person employed in such industrial or other establishment, the wages only by cheque or by crediting in his bank account.
Provision for making of payment only by cheque or by crediting in bank account of an employee, in respect of industrial or other establishment in the Central Sphere has been notified on 26.04.2017.
As per information received from the Government of Madhya Pradesh, contract labour are paid through Bank at thermal power station, Chachai in Amarkantak in the district Anuppur, Madhya Pradesh.
This information was given by Shri Santosh Kumar Gangwar, Minister of State (I/C) for Labour and Employment in written reply to a question in Rajya Sabha today.
****
SKP/IA

Request to grant of benefit of pay fixation at the time of promotion to the post of LSG, HSG II, HSG I cadres