In the Central Civil Services (Leave) Rules, 1972,
(A) in rule 28, in sub-rule (1) for clauses (a), (b) and (c), the following clauses shall be substituted, namely:-
“(a) The leave account of every Government servant (other than a military officer) who is serving in a
Vacation Department shall be credited with earned leave, in advance’ in two installments of five days
each on the first day of January and July of every calendar year.
(b) In respect of any year in which a Government Servant avails a portion of the vacation, he shall be
entitled to additional earned leave in such proportion of twenty days, as the number of days of vacation not
taken bears to the full vacation, provided the total earned leave credited shall not exceed thirty days in a
calendar year.
(c) If, in any year, the Government servant does not avail any vacation, earned leave will be as per Rule 26
instead of clauses (a) and (b).”; 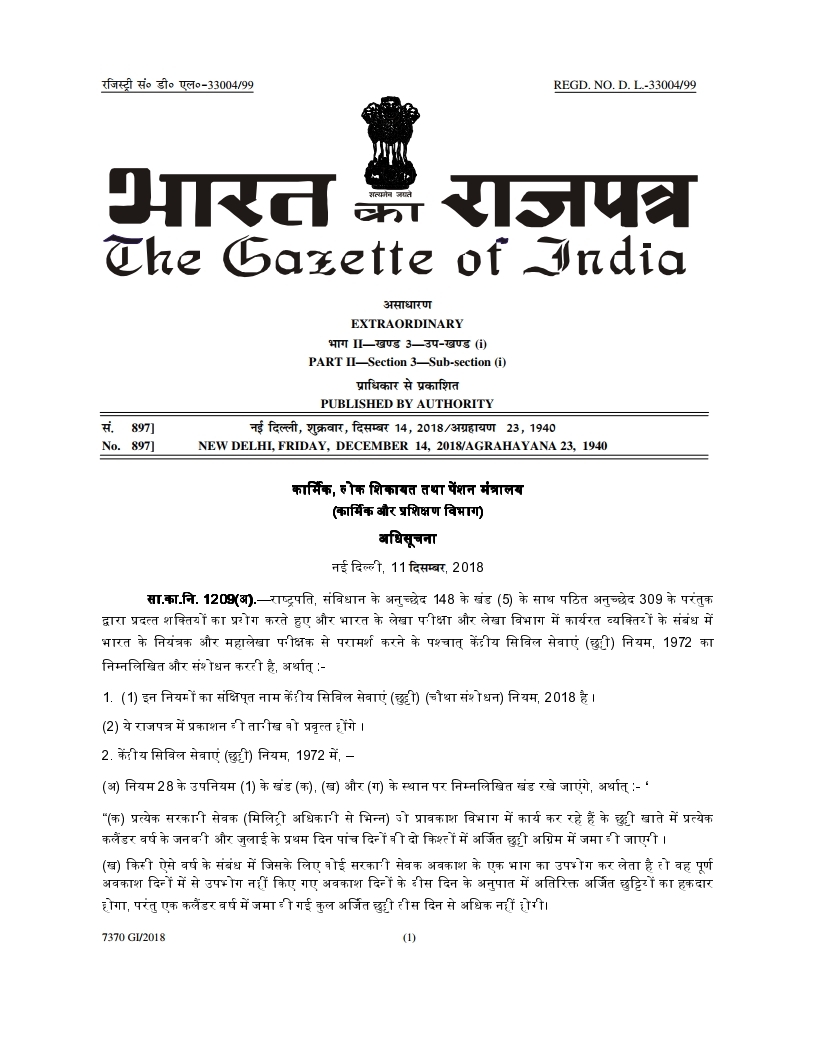 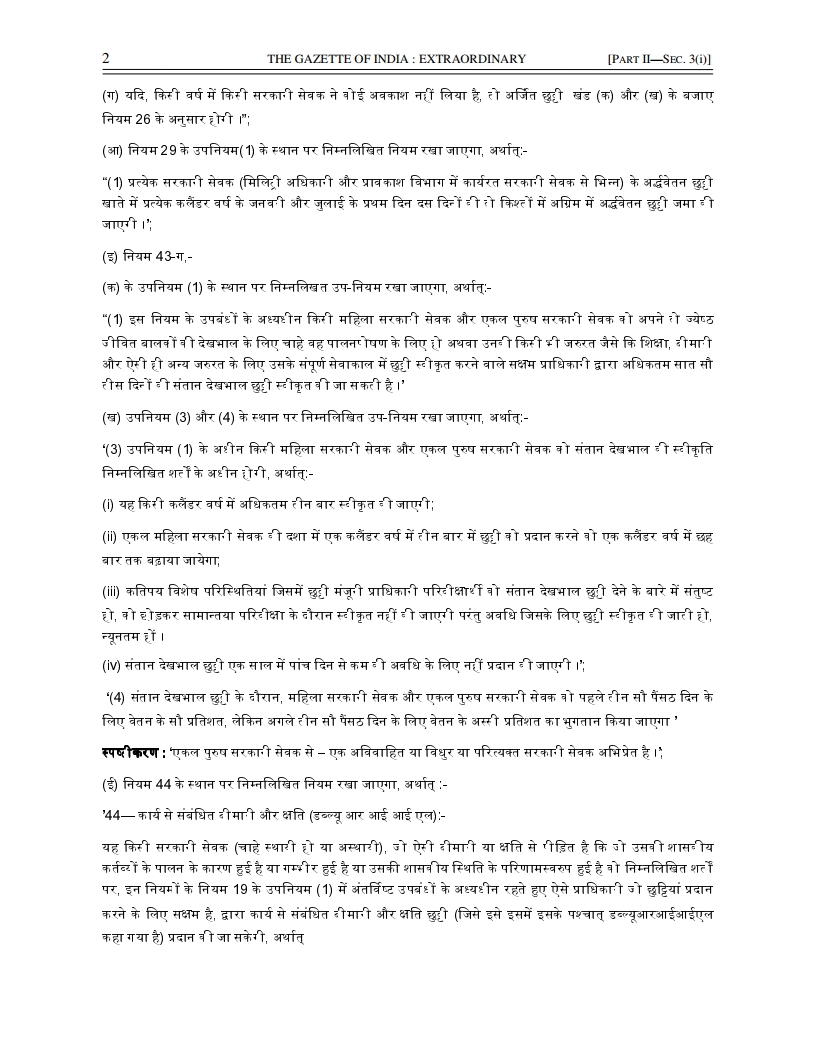 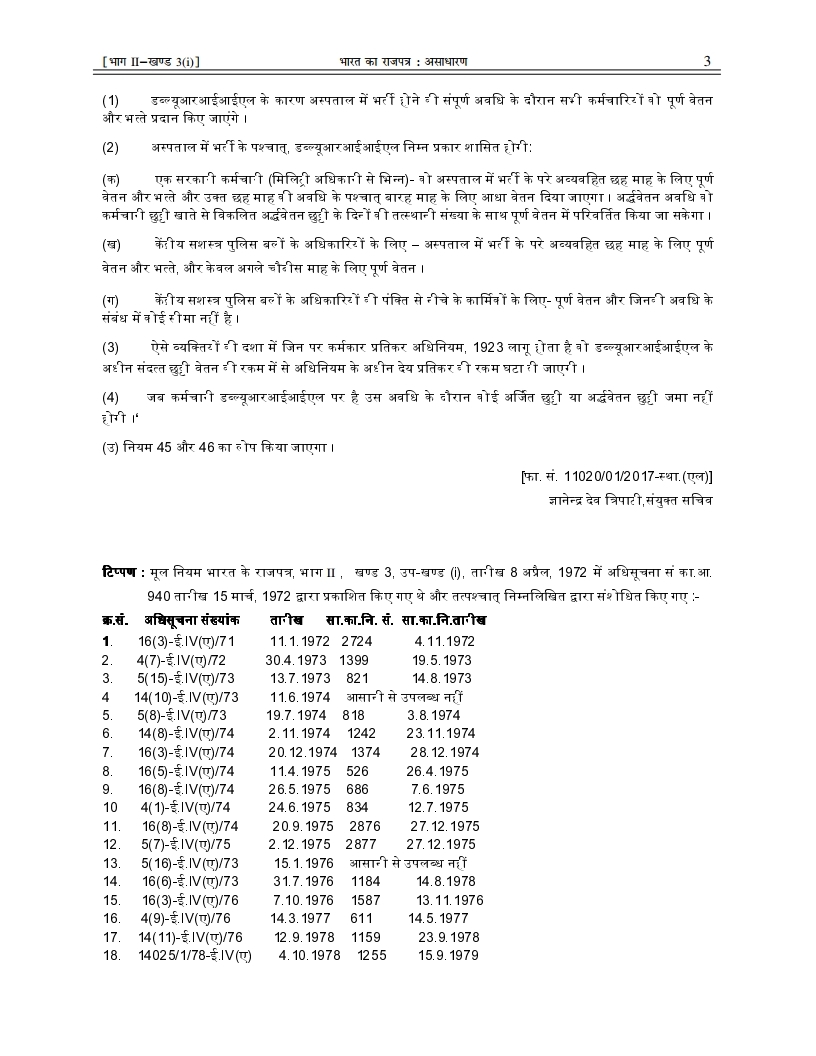 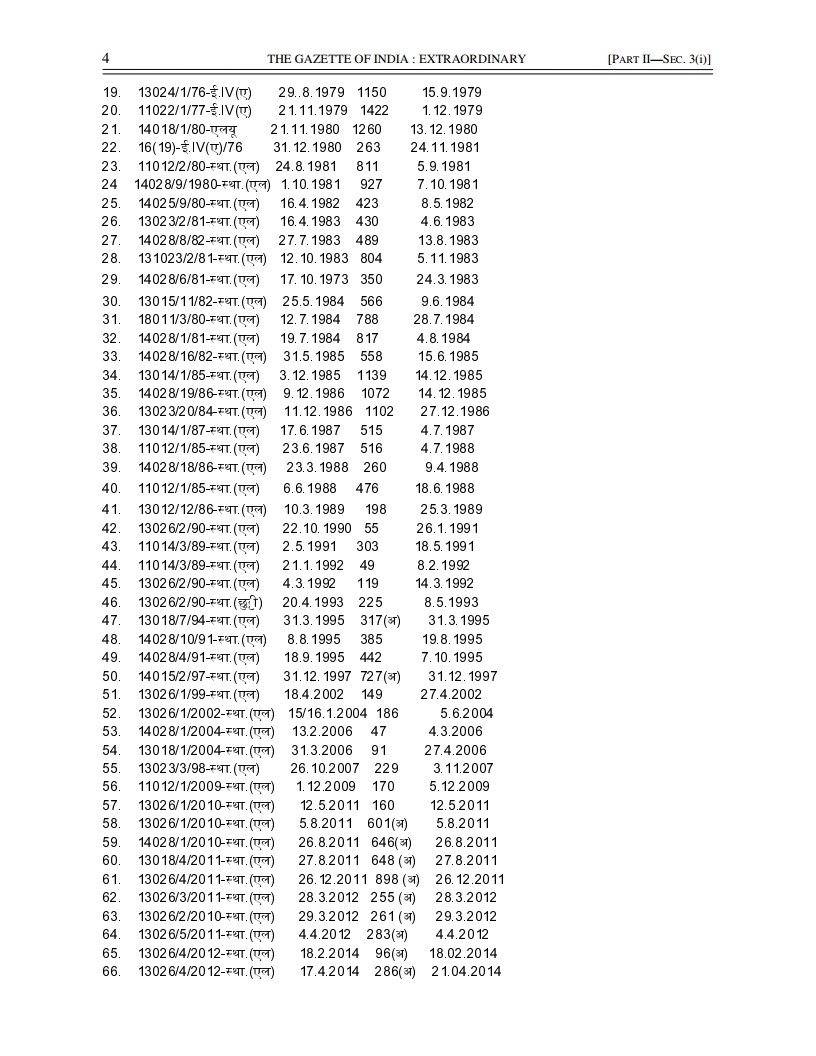 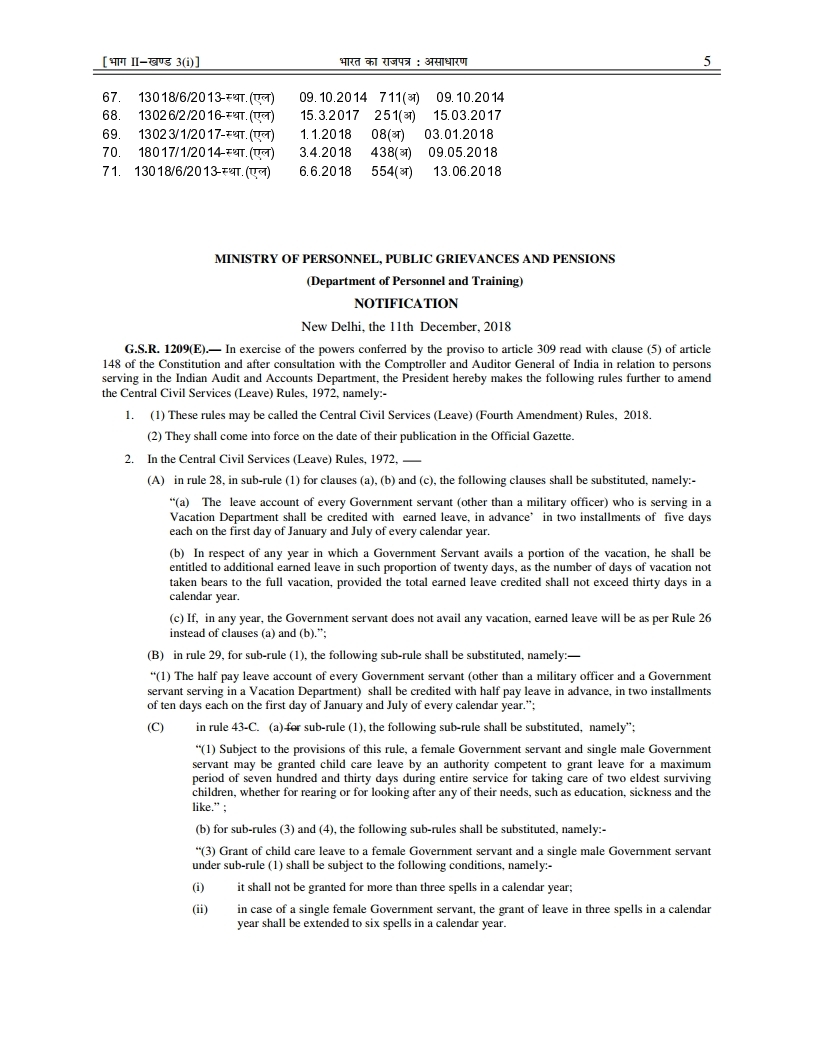 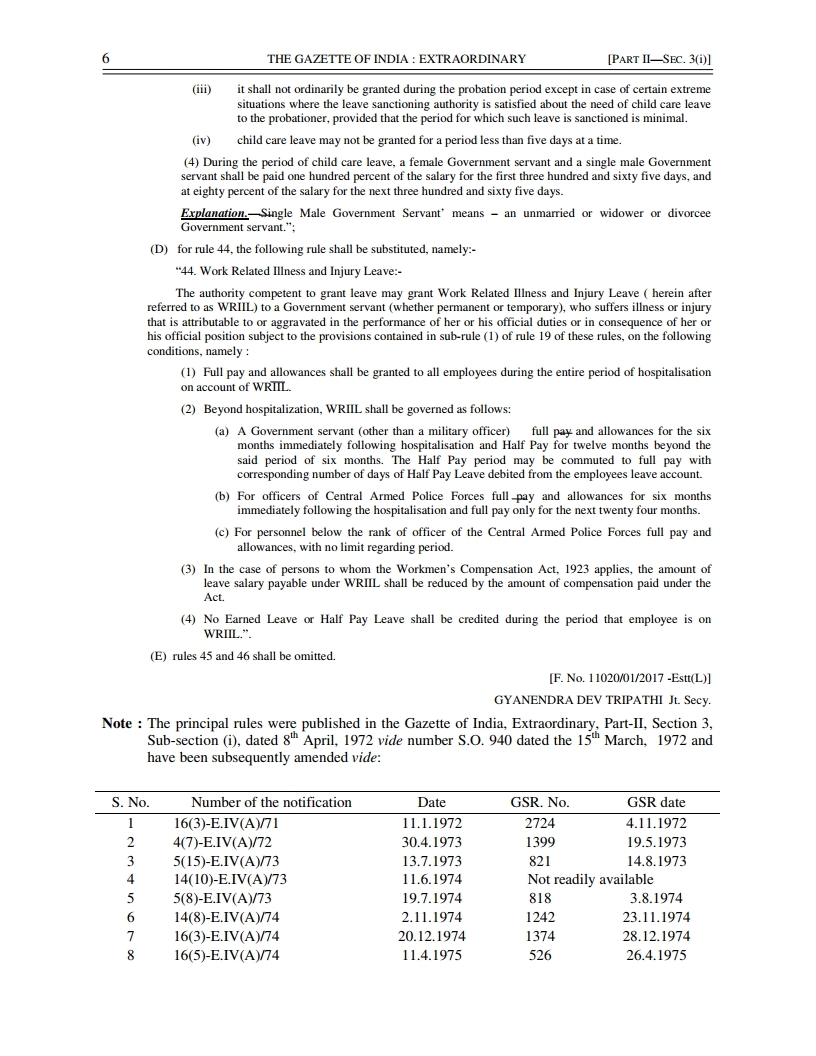 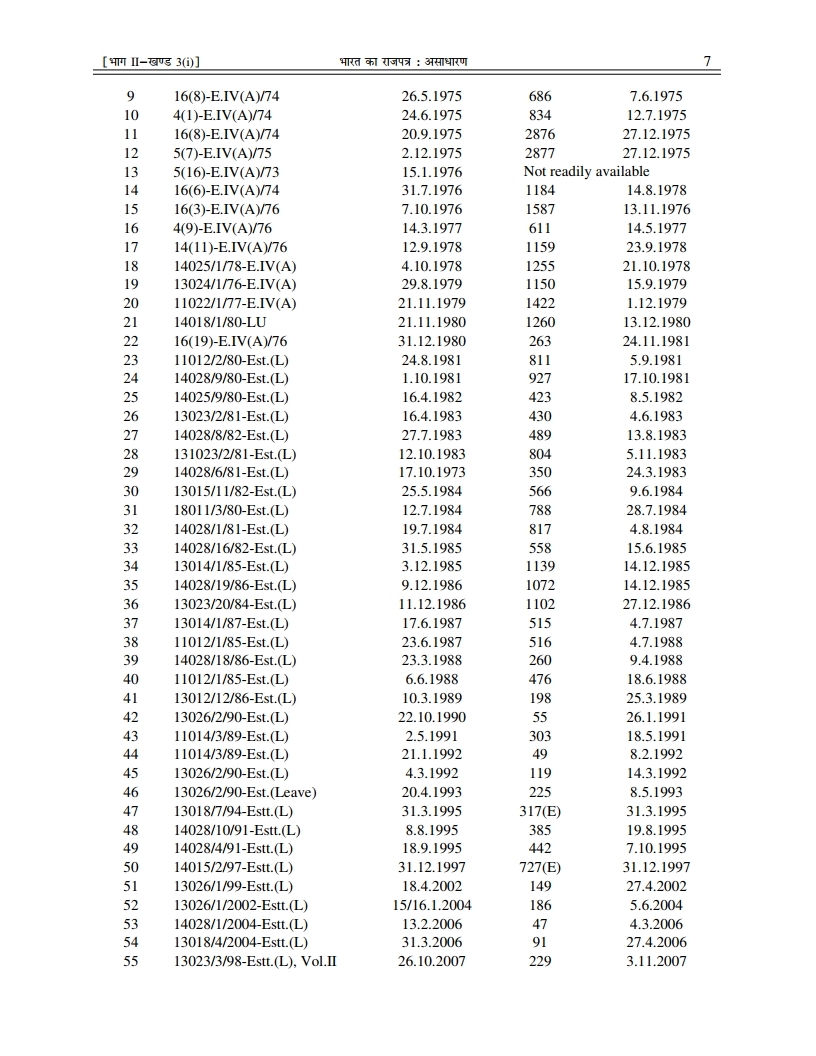 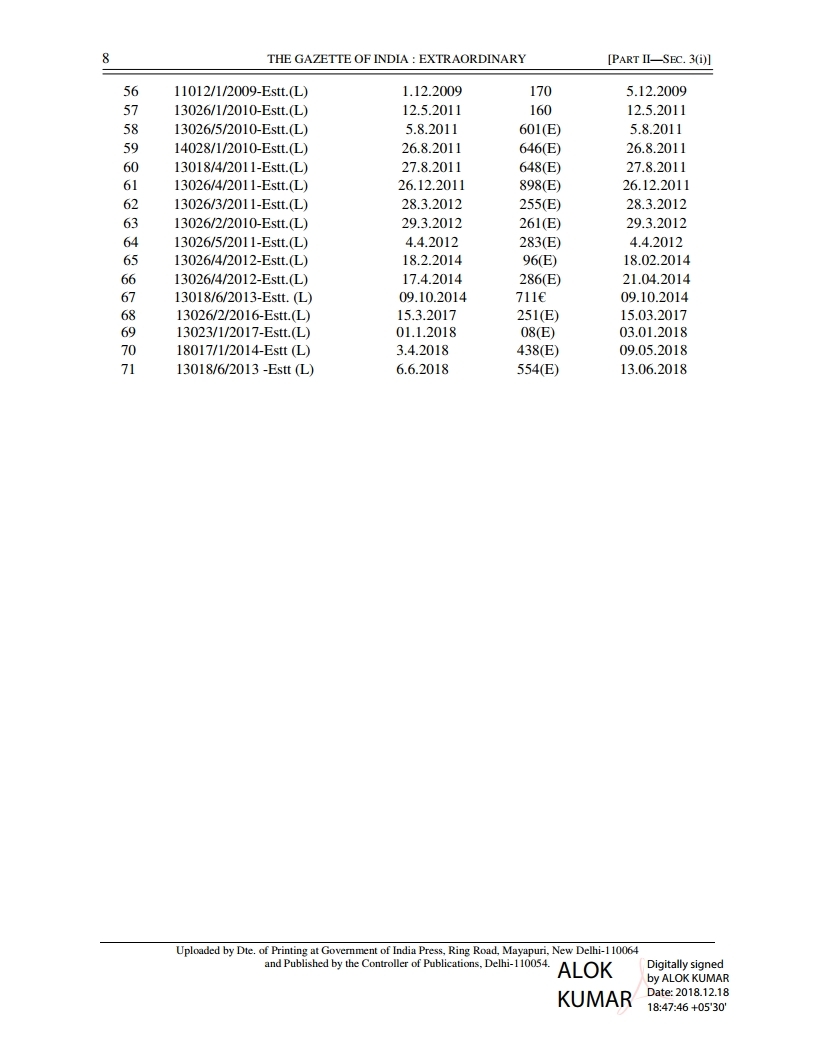