Dear Members,
The Hon’ble Directorate has clarified that all the officials who were promoted to  Postmaster Grade-I on the basis of the  result of LDCE declared on 30th June, 2011  and got posting order even in February, 2012, had completed 5 years service as on 01.04.2016 and become eligible for promotion by virtue of relaxation provided vide Directorate letter dated 28.04.2016. Unfortunately many circles like Punjab, Karnataka, Hariyana, Uttarakhand etc did not render regular promotion to those officers of Postmaster Grade-I to Postmaster Grade-II by virtue of such relaxation provided by the Directorate. 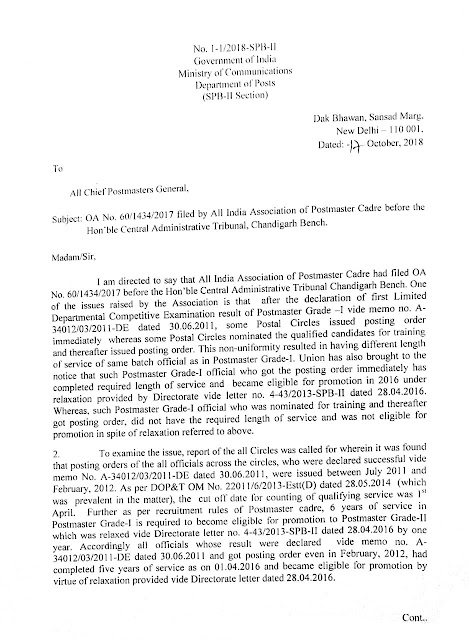 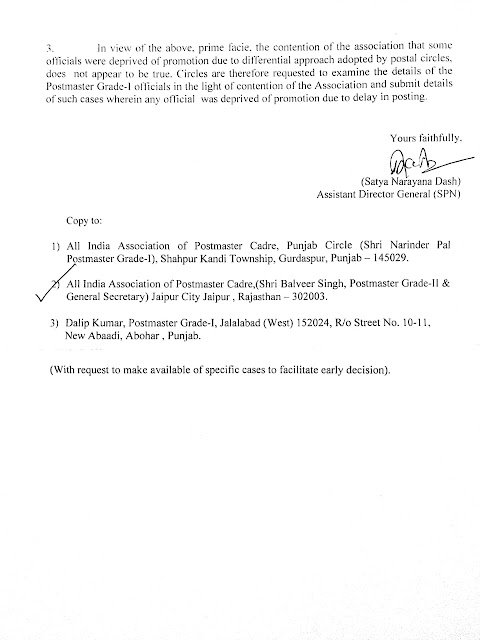 Promotion to the Cadre of LSG in RMS line – TN Circle

Finacle ID for LGO Promotes in Department of Posts

Merger of PA SBCO and PA FPO with PA PO