Government of India
Ministry of Communications
Department of Posts
(Welfare & Sports Section)
Dak Bhawan, Sansad Marg, New Delhi – 110001.
No.10-3/2018-WL/Sports
Date 29.8.2018
To
The Chief Postmaster General,
Kerala and Karnataka Circle.
Subject: Flood in Kerala and Karnataka Circle.
Sir,
I am directed to forward herewith a copy of the letter No.GDS/CHQ/14/A/2018 dated 23/08/2018 received from the General Secretary, All India Gramin Dak Sevaks Union (AIGDSU) requesting therein for immediate relief to the GDS, who are posted or residing in the flood affected areas.
It is requested to offer your comments on the issues raised by the AIGDSU and also the action taken so far in the matter. It is also requested to indicate the support required immediately, if any, from Central Welfare Fund for rehabilitation of the GDS affected in the flood.
Further, it is requested to coordinate with the local Government for extending relief to the GDS in respect of Point No.i of the letter received from AIGDSU.
Yours faithfully,
(Daisy Barla)
Director (W&S) 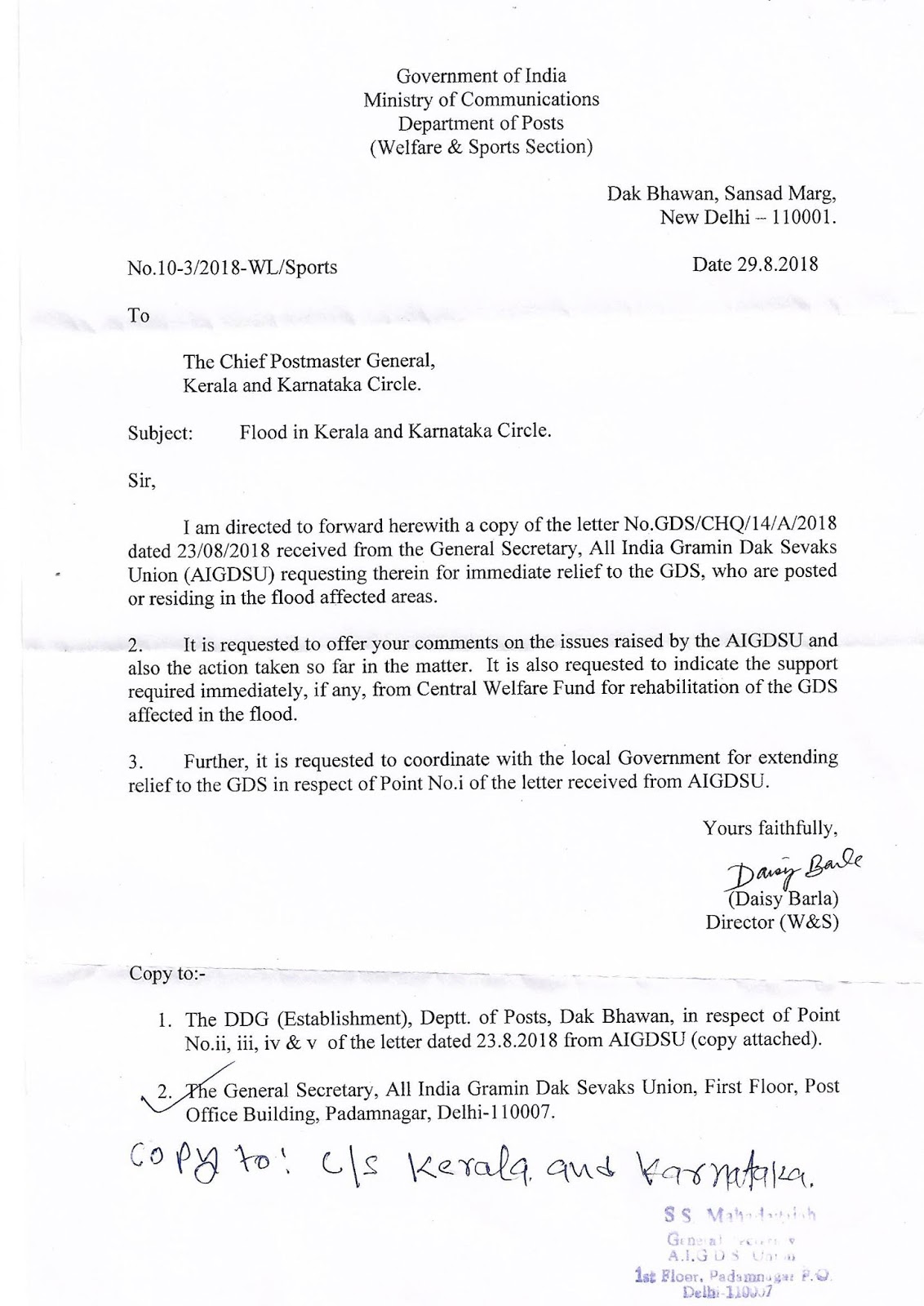 Solution for bag locked by other users in CSI