(a) the services provided/being provided by the Department of Posts in the country during the last three years along with the revenue earned/being earned therefrom, service-wise and year-wise;
(b) whether there has been a decline in the use of various postal services during the said period and if so, the details thereof and the reasons therefor;
(c) whether the Government proposes to take any steps to increase the usage of postal services in the country and if so, the details thereof; and
(d) the details of new postal services, if any, introduced/being introduced by the Government during the said period? 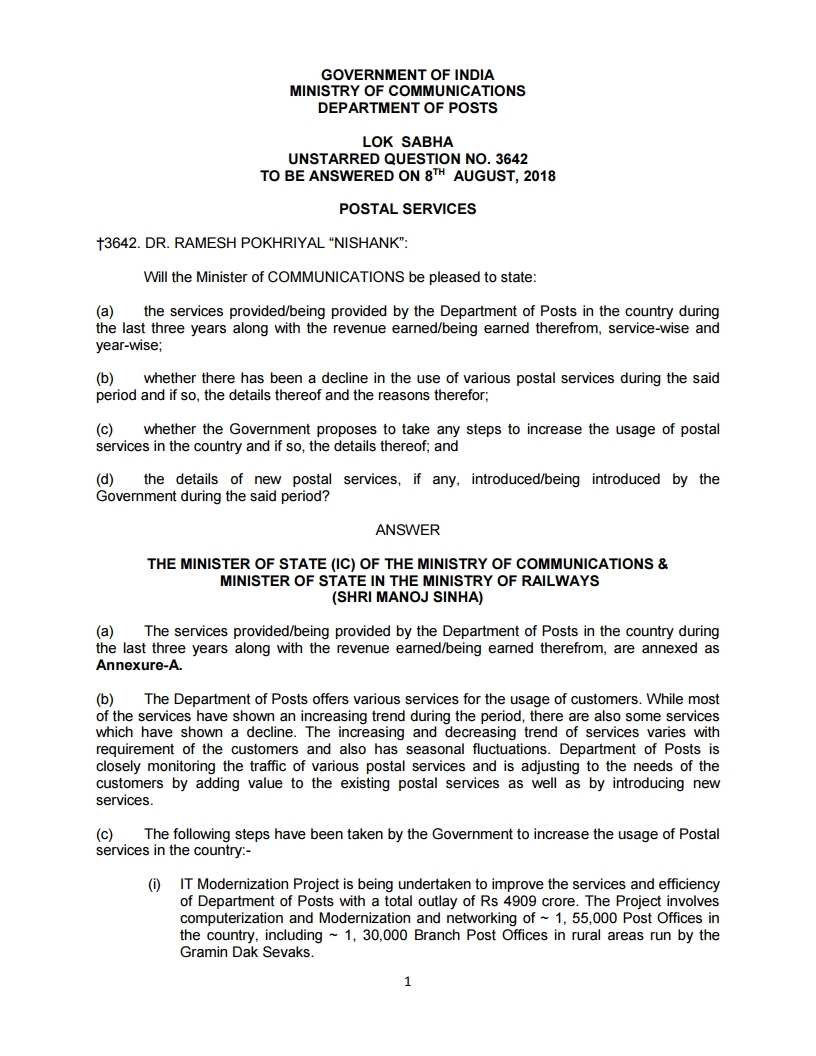 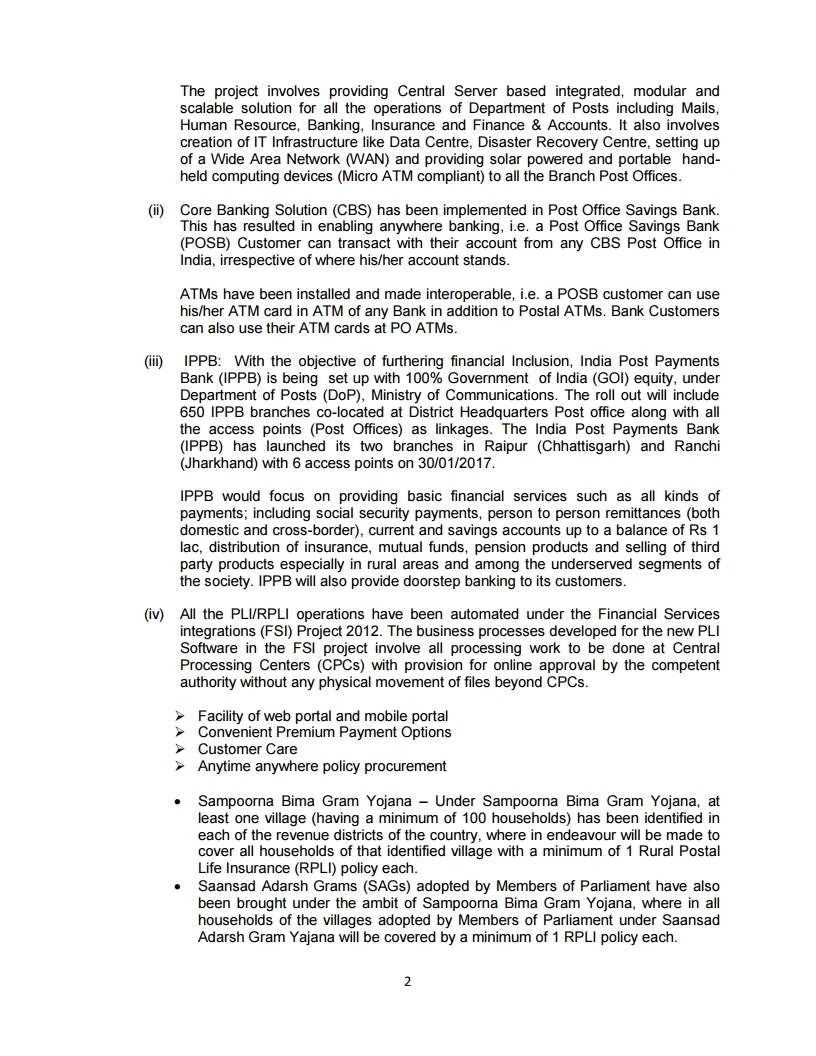 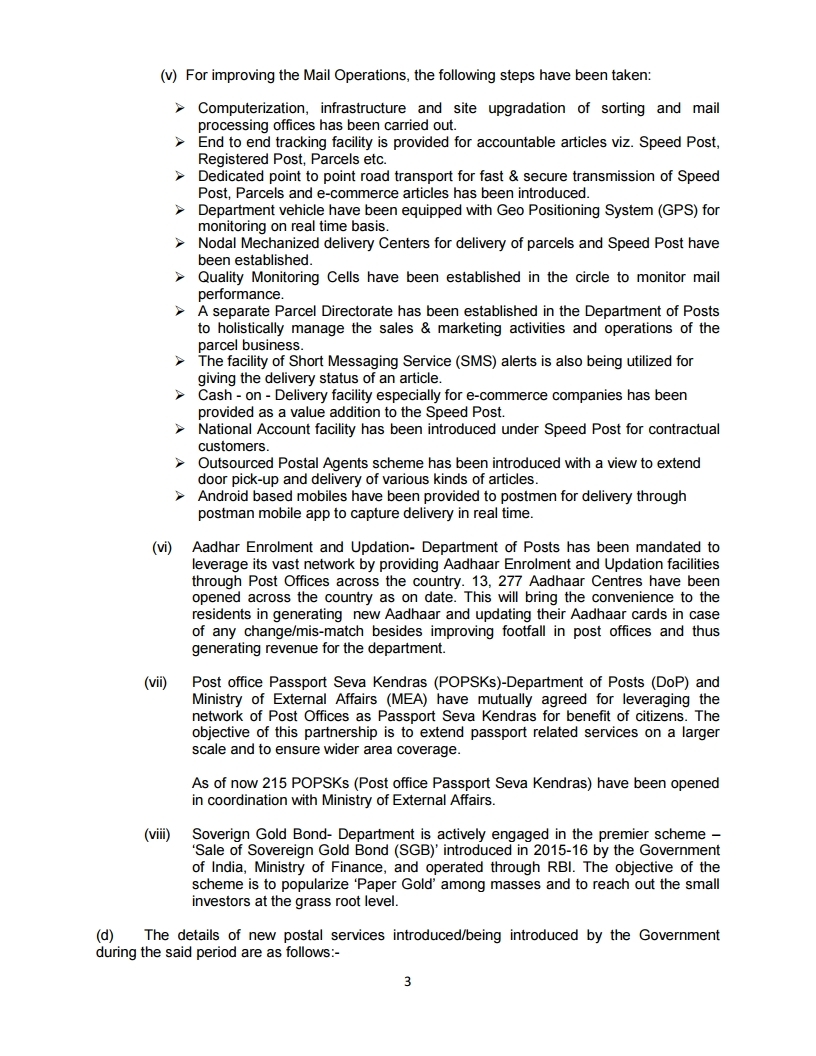 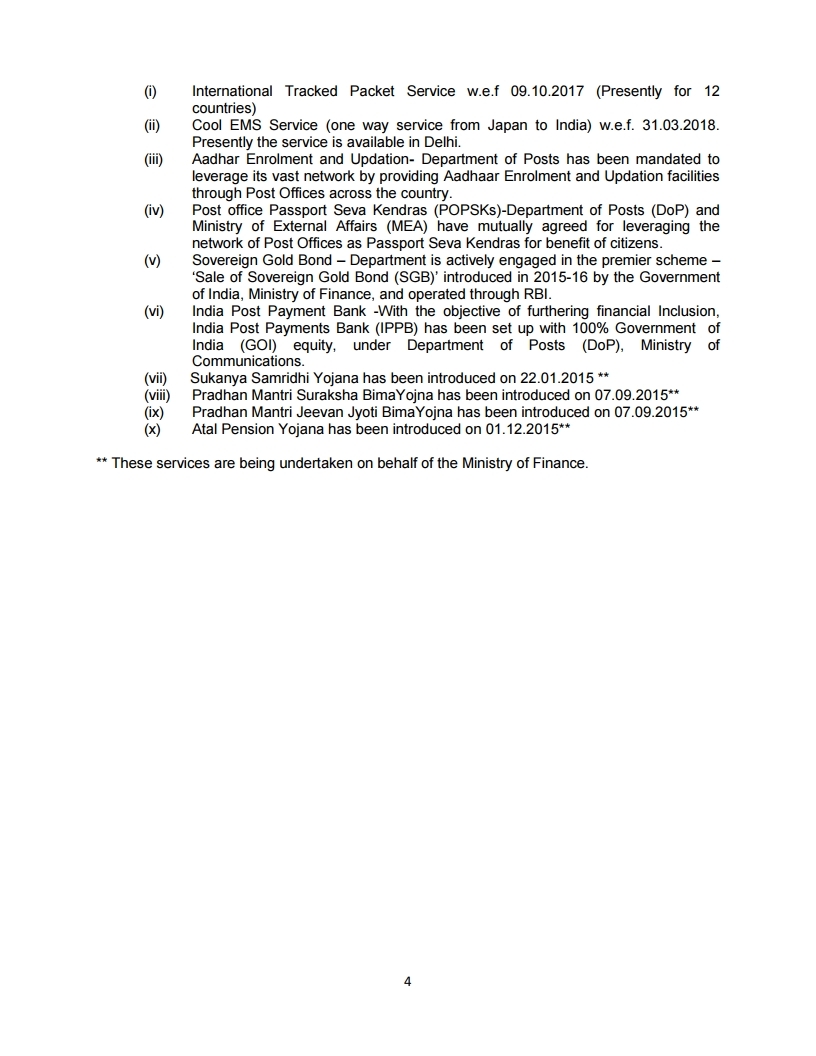 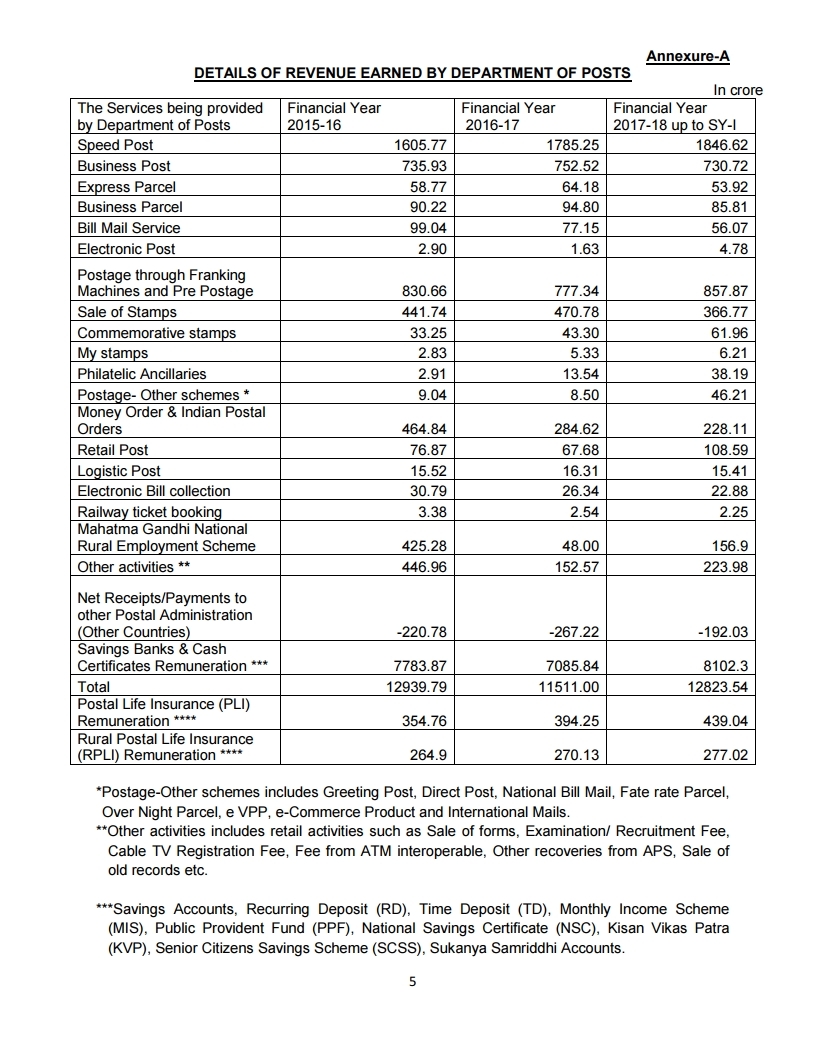 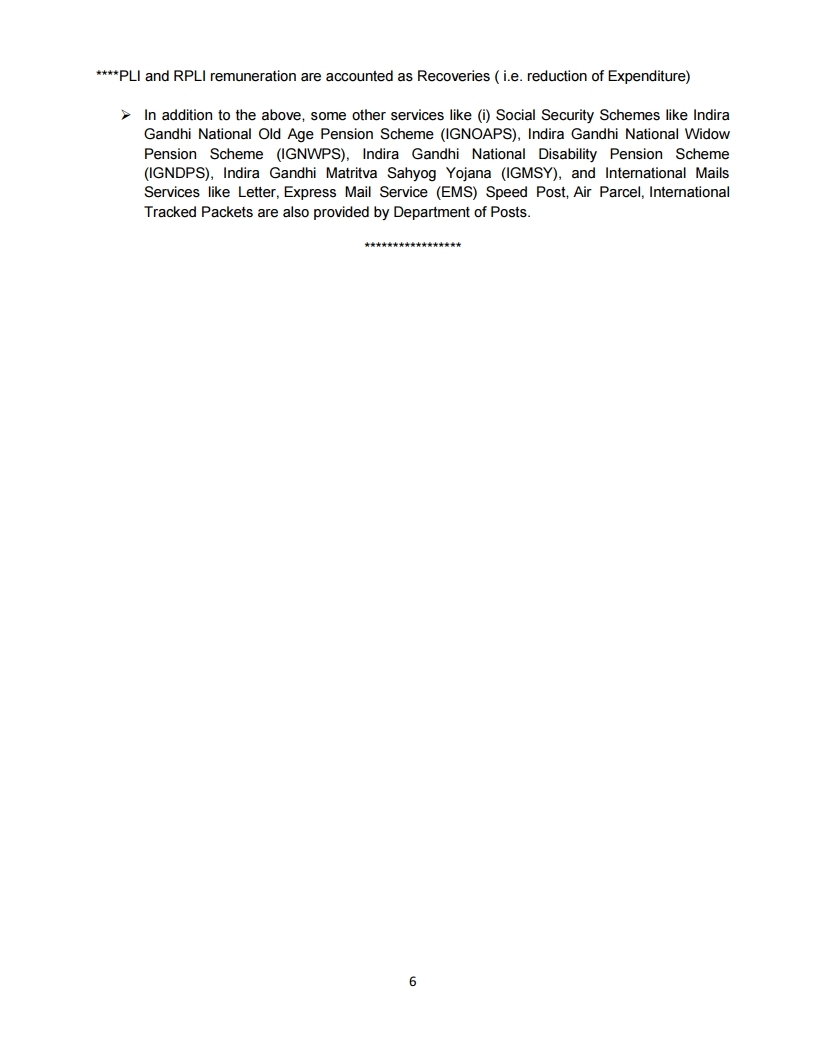