Colleges to remain closed on 8.8.2018 (Wednesday).
President Ram Nath Kovind said in a message that he is extremely sad to learn about M Karunanidhi’ death. 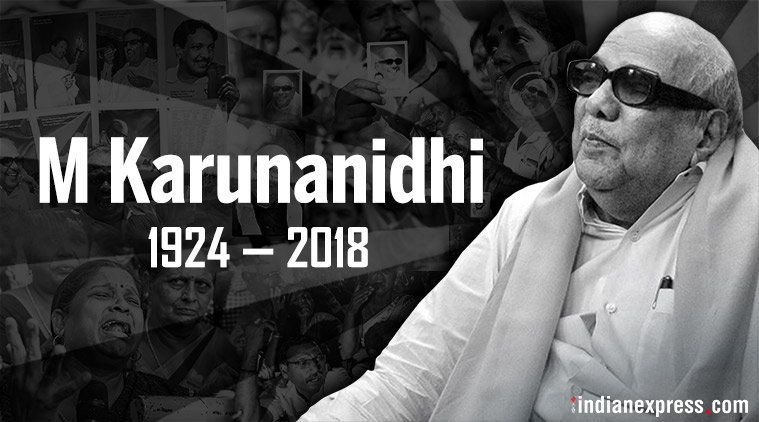 Mr.Kovind termed Mr.Karunaidhi as a doyen of public life, a contributor to the development of Tamil Nadu and of India.
Vice President Venkaiya Naidu described Karunanidhi as one of the leading and longstanding politicians of the country who left a mark of his ownduring his long public life of about 80 years.
Prime Minister Narendra Modi in his message said the country has lost adeep-rooted mass leader, prolific thinker, accomplished writer and a stalwart whose life was devoted to the welfare of the poor and the marginalized.
Mr.Modi said he stood for regional aspirations as well as national progress and he was steadfastly committed to the welfare of Tamils and ensured that Tamil Nadu’s voice was effectively heard.
The Prime Minister said his thoughts are with the family and the countless supporters of Karunanidhi in this hour of grief. He said country and particularly Tamil Nadu will miss him immensely.
Prime Minister Narendra Modi will travel to Chennai tomorrow morning to pay his last respects to Kalaignar Karunanidhi.

Result of LDCE for LGOs for promotion to the cadre of PA/SA from Postman/MailGuard and MTS Cadre for deputation to Army Postal Service held on 04.06.2017