NHB alerts housing finance firms about 80 fraudulent deals, most of them in and around Mumbai 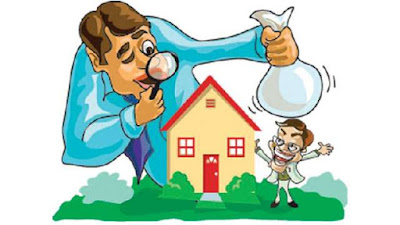 Scammers are on the prowl in the housing space.
Housing finance regulator National Housing Bank (NHB) has alerted housing finance companies (HFCs) about over 80 specific fraudulent transactions in Maharashtra, Delhi, Uttar Pradesh, Karnataka, among others, and asked the firms to indicate whether any housing loan has been granted to these entities. It has directed the HFCs to make in-depth inquiries before granting or renewing any facility to these fraudsters. In many cases, gaps in the anti-fraud systems and processes of the lenders have been exploited by the tricksters.
A large number of cases happened in and around Mumbai such as Vasai-Virar, Palghar, Panvel, and Pune. Fraudulent registration of already mortgaged property and misrepresentation by seller and borrower are also quite common.
In Jharkhand, a fake seller and fake borrower created the deed in the name of original seller and borrower. KYCs and income documents of the original borrower were produced for the loan. NHB said that verifications of the property papers and documents were not done properly.
A property in Delhi’s Janak Puri was mortgaged with many lenders, but the legal search report did not identify that the property was mortgaged with multiple institutions. In Mumbai, swindlers posed as borrowers and appeared to be taking different premises on rent for applying for loans from different financiers.
In some cases, the con artists committed identity theft and then availed loans. In Mumbai’s Vikhroli, the fraudster availed a loan of Rs 41 lakh by impersonation. The documents viz. KYC and income papers were stolen and used for availing the loan. The impersonator also availed loan from multiple institutions, according to officials who have read the NHB circular.
Stating that these fraudulent transactions have been brought to the NHB’s notice by different constituents, the regulator has told the HFCs to ask branches and offices to remain alert. In almost all cases, the NHB has provided the name of the person/entity in whose account the fraud occurred, the modus operandi, serious irregularities observed and the causative factors. However, the name of the lending institution(s) which witnessed the fraud act was not disclosed.
With HFCs interested in giving loans in sync with the government’s housing for all mission, many fraudsters have tried to game the system.
Deo Shankar Tripathi, MD and CEO, Aadhar Housing Finance, said, “The most common fraud is multiple financing on the same property by fabricating the tiitle deeds and various know your customer (KYC) documents of customers and sellers. Profile funding taken by builders by organising a set of customers and availing loan in their name. Frauds are also committed by submission of fabricated financial documents as well as fake employee certificates in cash salary cases.”
Weighed under heavy debt burden, sometimes customers willingly participated in frauds. In Rajasthan, a property was sold through duplicate/fake title deeds even though the legal title is with the lending institution. In this case, the customer was stuck in debt trap and acted fraudulently with financers.
Fraudsters are also using new methods, as the fraud monitoring and catching methods have gaping holes.
In Bangalore, it was found that there is a group of people who are involved in fraudulent sales and have defrauded a number of financial institutions. The group first identifies unclaimed properties in the city. Thereafter, they study every detail of the property including possible weakness in the property chain. To establish a connection with an old transaction in the property, they create fake documents and hire individuals who impersonated the identity of true owners of the property to get these documents registered with sub-registrar. Once a connection is established, they enter into a sale transaction within the group to avail home loans. Further, to establish credibility and to gain easy approvals from financial institutions, these individuals create a good credit history by creating repayment track records, income papers, business establishments, bank accounts etc.
In some cases, fraudsters — the customer and his team — book flats with a nominal advance and apply loans from different financial companies. Based on the loan sanction condition, they make forged documents and submit the same with financial institutions and receive the sanctioned amounts in their account opened in the name of the builder.
In Delhi and Rohtak, the NHB came across cases where the field investigation (FI) agency and valuer did not show due diligence while performing their job. The FI reports and valuation reports were managed by the direct selling agent or the DSA.