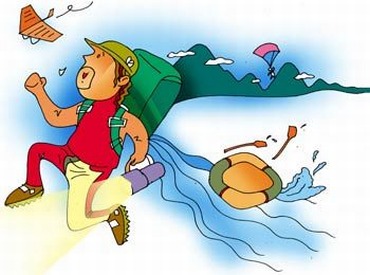 The 6th CPC had recommended that “Fresh Recruits” to the Central Government may be allowed to travel to their Home Town along with their families on three occasions in a block of four years and to any place in India on the fourth occasion. This was accepted by the Government and orders were issued vide DoPT O.M. No. 31011/4/2008-Estt.(A) dated 23rd September, 2008.
2. This Department receives a number of references seeking clarifications from various Ministry/ Departments about the year wise LTC entitlements of Fresh Recruits. Based on the same, a set of frequently asked questions have been answered as under:

Question 1. What are the LTC entitlements of a Fresh Recruit?

Question 2. How are the two blocks of four years applied to the Fresh Recruit?

Answer: The first two blocks of four years shall apply with reference to the initial date of joining the Government service even though the Govt. servant may change the job within the Government subsequently. However, as per Rule 7 of CCS (LTC) Rules, 1988, the LTC entitlement of a fresh recruit will be calculated calendar year wise with effect from the date of completion of one year of regular service.

Answer: No. The first two blocks of four years of fresh recruits will be personal to them. On completion of eight year of LTC, they will be treated at par with other regular LTC beneficiaries as per the prescribed blocks like 2014-17, 2018-21 etc.

Question 4. If a fresh recruit does not avail LTC facility in a particular year, can he/she avail it in the next year?

Answer: No. Carryover of LTC to the next year is not allowed in case of a fresh recruit as he is already entitled to every year LTC. Hence, if a fresh recruit does not avail of the LTC facility in any year, his LTC will deem to have lapsed with the end of that year.

Question 5. How will the LTC entitlements of a Fresh Recruit be exercised after the completion of eight years of service?

Question 6. How will the LTC entitlement computed in case of a fresh recruit joining the service on 31st December of any year?

Question 7. How will the entitlements of a fresh recruit be computed who has joined the Govt. service before 01.09.2008?

Answer: A fresh recruit who has joined Government service before 01.09.2008 (i.e before the introduction of this scheme) and has not completed his first eight years of service as on 01.09.2008 will be eligible for this concession for the remaining time-period till the completion of first eight years of his/ her service. Refer illustration 4.

Question 8. Can a fresh recruit whose Home Town and Headquarters are same, avail LTC to Home Town?

Prescribing tenure for sensitive posts in the circle – DOP

Clarification regarding queries being received in respect of Special cash package