Pension Won’t Be Denied For Want Of Aadhaar, Says EPFO 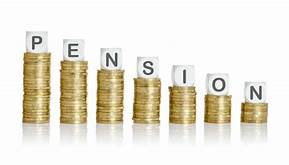 Tens of thousands of pensioners under the employees pension scheme will not be denied their monthly pension if their Aadhaar authentication fails or they do not have the 12-digit unique ID, the Employees Provident Fund Organisation (EPFO) has indicated.
The retirement fund manager has asked banks and post offices to facilitate pension disbursement without making senior citizens do the rounds.
The move comes after EPFO received several complaints of denial of pension by banks.
For paying pension to those whose fingerprint authentication fails, “banks may make provisions for iris scanner, along with the fingerprint scanner in bank branches. It has been observed that in many cases, iris authentication is successful even though fingerprint authentication may have failed. This is particularly true for many senior citizens. In such cases, digital life certificate may be generated on the basis of iris authentication and pension may be given,” the EPFO said in a circular on Monday.
And when both iris and fingerprint authentication are not feasible, “an entry should be made in the exception register with reasons and pension may be provided on the basis of paper life certificate and physical Aadhaar card or E-Aadhaar card of the pensioner after due verification as deemed fit by the bank,” the circular said.
The move is aimed at ensuring that no senior citizen is deprived of pension for want of Aadhaar or failure of fingerprint authentication.
Banks have been advised to ensure that benefits of the pension scheme reach the citizens and a proper mechanism for “handling exceptions” is put in place.
“Banks should make special arrangements for the bed-ridden, differently abled, or senior citizens who are unable to visit the Aadhaar enrolment centre,” the circular said.
EPFO has also instructed pension disbursing banks and post offices to make necessary arrangements for enrolling pensioners for Aadhaar and to carry out authentication through iris, especially for those who cannot be verified through fingerprints.
The Unique Identification Authority of India (UIDAI) has been under the scanner over the past few months over allegations of access to pension being denied as the fingerprints of the elderly do not match biometrics in the Aadhaar database.
So far, pensioners had to furnish a life certificate and needed to authenticate it using biometrics.
“The fact that it is coming now means that the Unique Identification Authority of India’s claim in the Supreme Court about no person having been denied any benefit due to the lack of Aadhaar is simply untrue,” said Bengaluru-based Pranesh Prakash, an affiliated fellow with the Yale Law School’s Information Society Project that works on issues related to the intersection of law, technology and society.
Prakash, however, welcomed EPFO’s move laying down “a procedure both for those who don’t have an Aadhaar number, as well as those whose biometrics fail for any reason”.
Prakash further said that “as per the UIDAI’s own data, failure rates for iris authentication are higher (8.54%) than for fingerprints (6%). So the utility of pushing for iris authentication is unclear.”
There are more than 1.2 billion Aadhaar holders in the country.
Source: lm