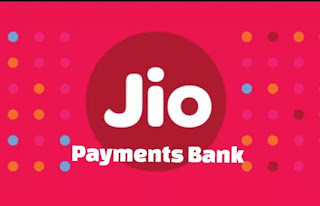 Jio Payments Bank Ltd, promoted by Reliance Jio Infocomm, commenced operations on 3 April 2018, Reserve Bank of India (RBI) stated in a press release on Tuesday.
“The Reserve Bank has issued a licence to the bank under Section 22 (1) of the Banking Regulation Act, 1949 to carry on the business of payments bank in India,” RBI stated in its release.
Reliance Industries Limited was one of the 11 applicants which were issued in-principle approval for setting up a payments bank.
Payments bank has been conceptualised by RBI to further financial inclusion by providing small savings accounts and payments or remittance services.
The Reserve Bank of India had, on 19 August 2015, granted “in-principle” approval to 11 applicants, including Aditya Birla Nuvo Limited, Airtel M Commerce Services Limited, Cholamandalam Distribution Services Limited, Department of Posts, Fino PayTech Limited, National Securities Depository Limited, Reliance Industries Limited, Shri Dilip Shantilal Shanghvi, Shri Vijay Shekhar Sharma, Tech Mahindra Limited and Vodafone m-pesa Limited, to set up payments banks under the Guidelines for Licensing of Payments Banks issued on November 27, 2014 (Guidelines).
The selection was done after a detailed scrutiny by an external advisory committee (EAC) headed by Nachiket Mor, director, Central Board of the Reserve Bank of India. Following this the RBI’s internal screening committee prepared a final list of recommendations for the Committee of the Central Board (CCB), after independently scrutinising all the applications.

Training of users for IPPB Operation