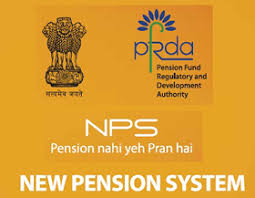 National Pension System (NPS) is an easily accessible, low-cost, tax-efficient, flexible and portable retirement savings account. Under the NPS, the individual contributes to his retirement account. His employer can also co-contribute for the social security/welfare of the individual.
NPS is designed on defined contribution basis wherein the subscriber contributes to his account, there is no defined benefit that would be available at the time of exit from the system and the accumulated wealth depends on the contributions made and the income generated from investment of such wealth.
You can claim an extra exemption of Rs. 50,000 by making investments in NPS. Before the financial year closes on March 31, one can make investments to avail tax benefits. Any investment made after the deadline of March 31 expires will not entitle you to claim a deduction for the previous year 2017-18.
If you want to invest in NPS before March 31, here are 10 things you should know:
1. Any Indian citizen, whether resident or non-resident, between the ages of 18-60 can join the NPS, said PFRDA, that manages the NPS accounts.
2. Investment in NPS is independent of your contribution to any provident fund or any other pension fund, said the pension fund regulator.
3. NPS is distributed through authorised entities called Points of Presence (POPs) and almost all the banks (both private and public sector) are enrolled to act as POPs under NPS apart from several other financial institutions.
4. To invest in NPS, you will be required to open an NPS account through the POP, which will assist the subscriber in opening the account, including the filling up of necessary forms, providing the information about NPS and any other relevant information in this regard, according to pfrda.org.in, the official website of PFRDA.
5. To the POP, you need to submit a filled in subscriber registration form, proof of identity, proof of address, and age/date of birth proof.
6. Every individual subscriber is issued a Permanent Retirement Account Number (PRAN) card, which has a 12-digit unique number. In case of the card being lost or stolen, the same can be reprinted with additional charges.
7. Under NPS account, two sub-accounts – Tier I and II are provided. Tier I account is mandatory while the subscriber has an option to opt for Tier II account.
8. In order to open a tier-1 account, one has to make a minimum contribution of Rs.500. The minimum contribution at the time of opening Tier II account is Rs. 1,000.
9. The funds contributed by the subscribers are invested by PFRDA-registered Pension Fund Managers. The investment guidelines are framed in such a manner that there is minimal impact on the subscribers’ contributions even if there is a market downturn.
10. The fund managers invest the subscribers’  contributions in a judicious mix of investment instruments like government securities, corporate bonds and equities, said PFRDA.

Cheque Books Of These Banks Valid Only Till March 31, 2018. Details Here