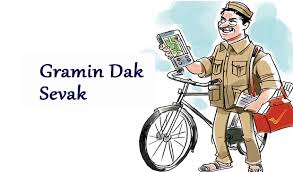 “In Parliament today, the Minister of State for Communications and State for Railways Shri Manoj Sinha said in the written reply that the recommendations of the one man Committee are presently under active considerations of the Government, and action will be taken after following due procedure.”
GOVERNMENT OF INDIA MINISTRY OF COMMUNICATIONS DEPARTMENT OF POSTS LOK SABHA UNSTARRED QUESTION NO. 3216

TO BE ANSWERED ON 14th MARCH, 2018 GRAMIN DAK SEVAKS 3216. SHRI BIDYUT BARAN MAHATO: SHRI A. ANWHAR RAAJHAA: SHRI GAJANAN KIRTIKAR: SHRI SUDHEER GUPTA: SHRI T. RADHAKRISHNAN: SHRI ASHOK SHANKARRAO CHAVAN: SHRI NARANBHAI KACHHADIYA: KUNWAR HARIBANSH SINGH: SHRI S.R. VIJAYAKUMAR: Will the Minister of COMMUNICATIONS be pleased to state: (a) the number of Grameen Dak Sevaks working in the country at present, State/UT-wise; (b) whether pay/remuneration of Grameen Dak Sevaks has not been increased as per 7th Pay Commission recommendation and if so, the details thereof and the reasons therefor; (c) whether the Government has received any representation’s from people representatives to increase their pay/ remuneration as per 7th Pay Commission recommendations; (d) if so, the details thereof and the response of the Government thereto; and (e) the time by which their pay/ remuneration is likely to be increased?

ANSWER THE MINISTER OF STATE (IC) OF THE MINISTRY OF COMMUNICATIONS & MINISTER OF STATE IN THE MINISTRY OF RAILWAYS (SHRI MANOJ SINHA) (a) The number of Grameen Dak Sevaks working in the country at present, State/UT-wise is given in Annexure – I. (b) Grameen Dak Sevaks are not covered under the purview of the 7th Pay Commission. Therefore a separate one man Committee was constituted to examine the wage structure and service conditions of the Grameen Dak Sevaks. The Committee has submitted its report and the recommendations are presently under consideration of the Government. The details of the recommendations are given in Annexure – II. (c) Yes, Madam. Government has received several representations from people’s representatives to implement the recommendations of the GDS Committee Report. (d) & (e) 34 such representations were received between January 2017 to February 2018. The recommendations of the one man Committee are presently under active considerations of the Government, and action will be taken after following due procedure. Source: www.loksabha.nic.in