A) Whether the Government is planning to abolish all posts which are vacant for more than five years and has directed all the ministries and the department to submit a comprehensive report on it; and
B) If so, the details thereof and the reasons therefor?
Department of Expenditure in its consolidated compendium of instructions/guidelines dated 12.04.2017 directed all the Ministries / Department to abolish all the posts which are lying vacant for more than five years and submit a report. At the same time, Department of Expenditure has also decided that now vacant post would fall under  deemed abolished category after a period of two / three years against earliest norm of one year  subject to laid down conditions. Deemed abolished posts can be got  revived from the Department of Expenditure subject to fulfilling of stipulate conditions. 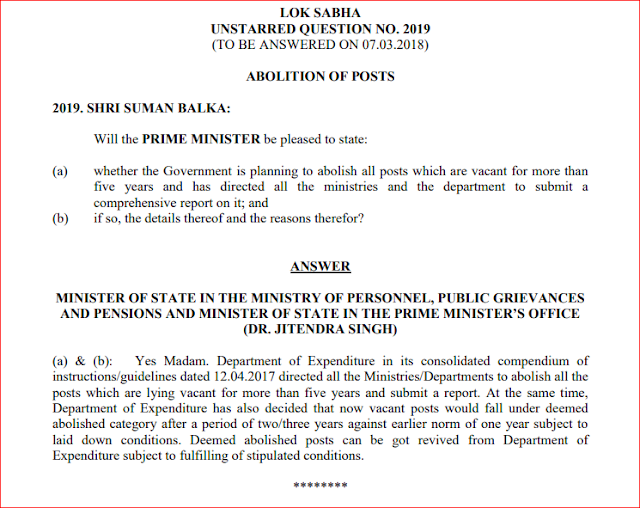 How to Change Passenger name in IRCTC Reserved Ticket?